2009 was a very complicated year in my life. A lot of people know that. But almost nobody knows the story of everything I went through that year. Context I… Read more »

Every time I sit down to write these “year review” posts, I find myself trying to remember everything that happened in the past year. But, as much as I try,… Read more »

There are several subjects that have been floating around in my head, abouth which I’d like to write here. But one thing that I have realized the last times I… Read more »

Some time ago I posted here how were my plans for the future. Back then I was still undecided about what do do; I had just become very disappointed with… Read more »

This is going to be a short post. Yesterday, as I was fixing up the apartment a bit, I set a playlist to play on Spotify (as I usually do)…. Read more »

The Debian RC Tracker, my little bot that tracks the number of RC Bugs in the Debian Testing distribution, has been up and running since August. While it has been… Read more »

And here we go, into the most predictable post in this blog: the year review. It’s probably he only constant here that every year I try and do a balance… Read more »

This is “Achievement Unlocked” for me. I’ve been using Debian for more than 20 years. During that time, I used it more or less, but ever since first coming into… Read more »

A little more than a year ago, I published a series of posts talking about Debian’s release cycle, which was followed by an exercise in how a small python script… Read more »

Well, here we are again, almost a year after last post. It’s about time we talk about perspective again. At this point, it’s almost a personal tradition to occasionally abandon… Read more »

Merely two hours after my last post, Niels Thykier sent an email to debian-devel-announce informing us that Buster’s Release is planned for July 6th (less than a month from now)…. Read more »

After twelve years, The Big Bang Theory has come to an end. It has been a journey, like any other, full of highs and lows. The series had its bad… Read more »

In my last post I went over how Debian’s release cycle works. In fact, all we can hope for is a planned release date, but even that depends on how… Read more » 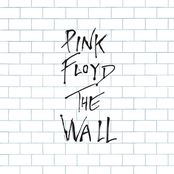 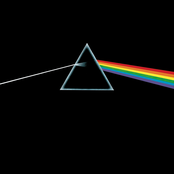